Thank you Petzl for the rental car it was great to get a big limo like this. ;-) 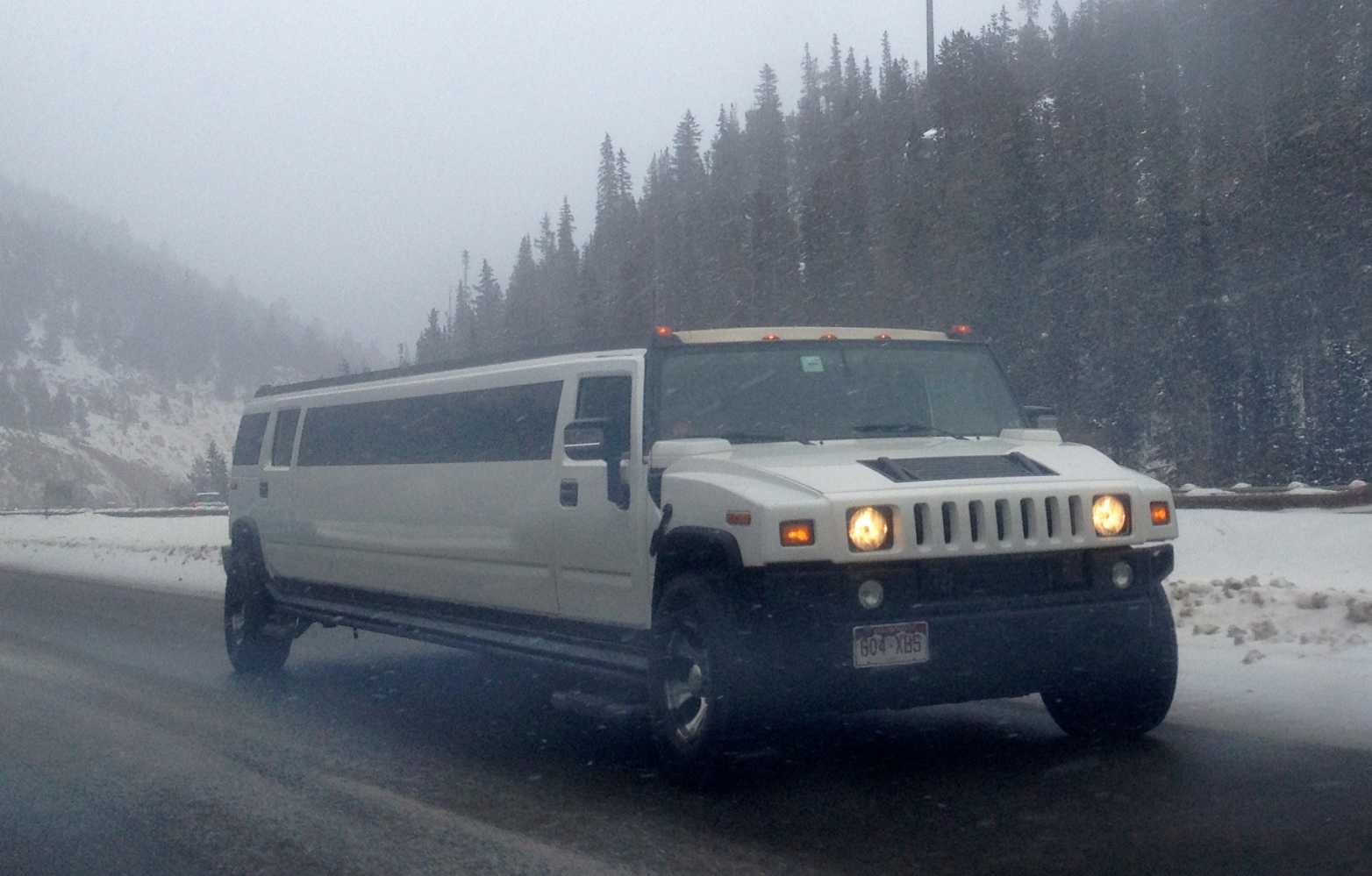 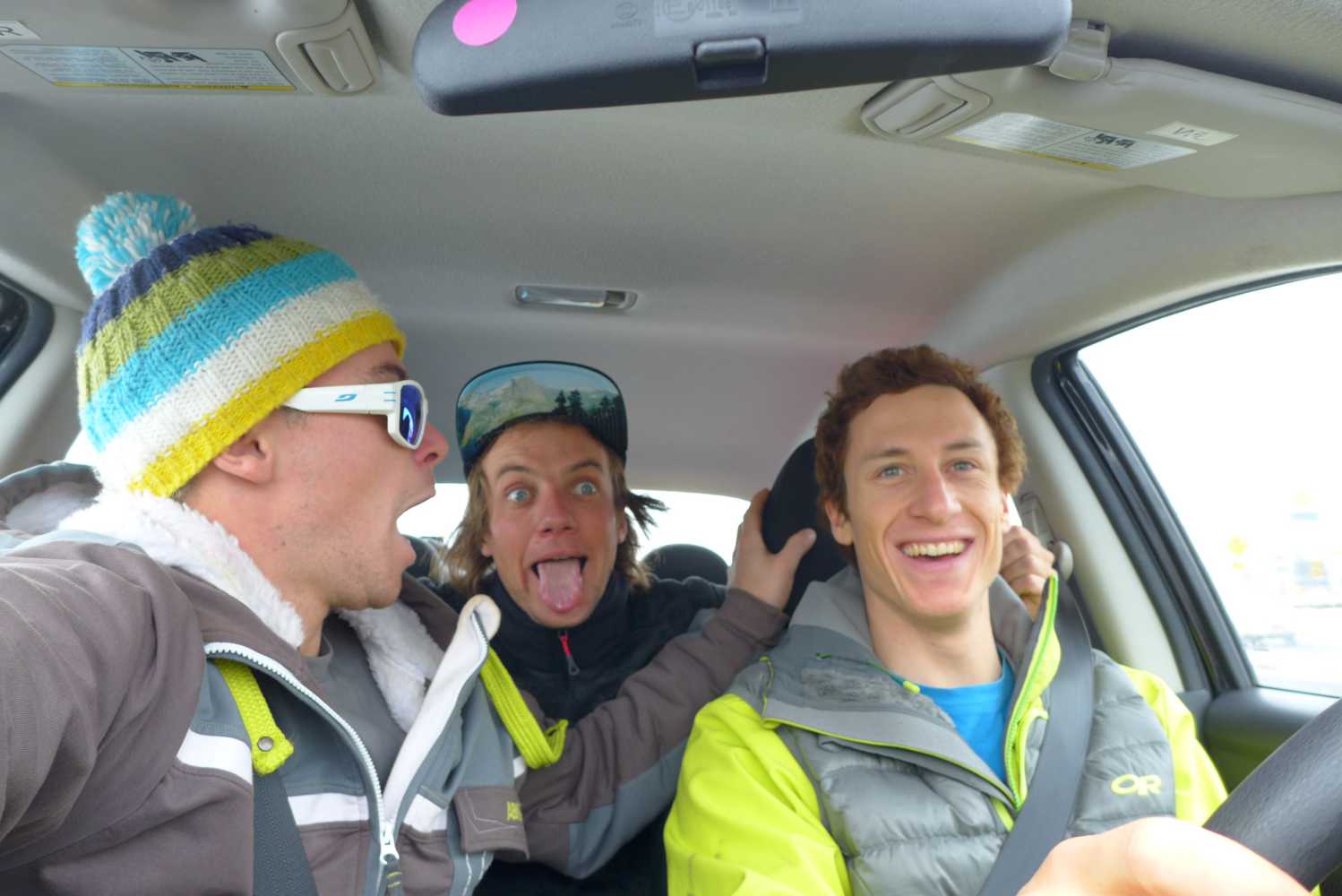 On the way to Ouray we went to Vail with the famous and amazing David Roetzel! The fang was to thin or we were not strong enough to climb it... but it was nice. 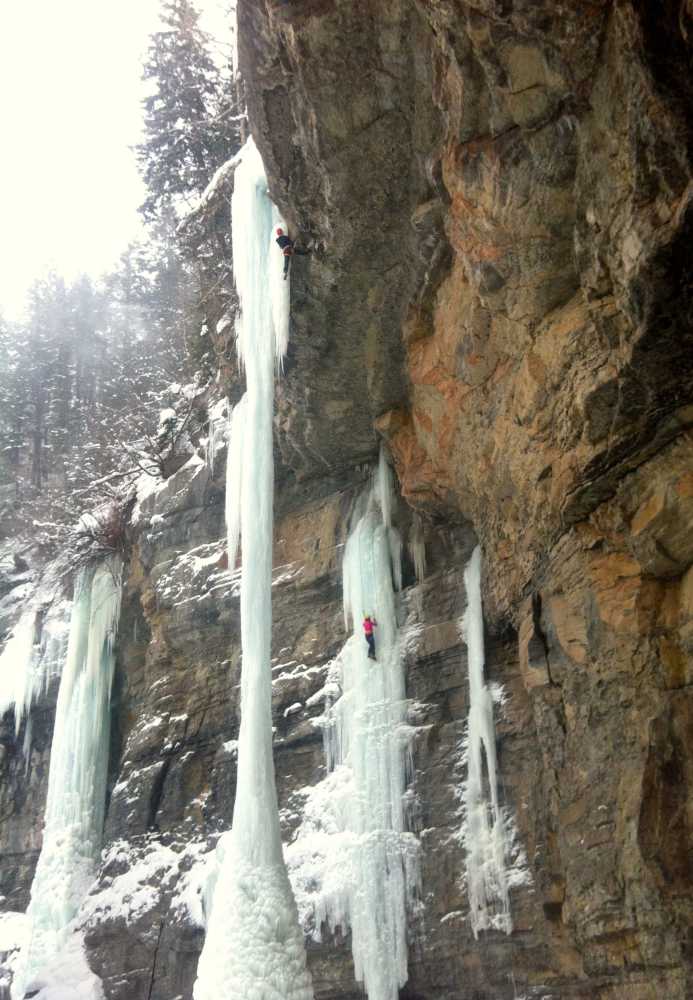 Maël and Mémé having fun, waiting for the end of Sacha Digiulian photoshoot in Bridal Veil... A very classic and nice ice fall around Telluride. 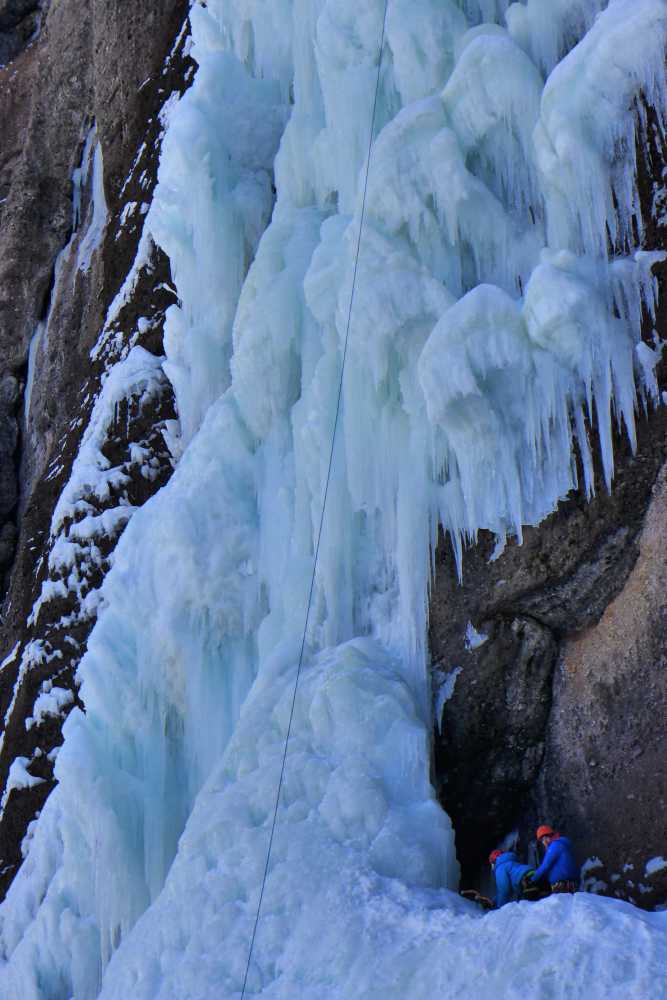 We did a first ascent in Telluride, just next from Bridal Veil. We had been lucky because this line isn't formed very often. Apparently it appeared because of some modifications of the electric central above the falls.

The line is obvious from the bottom but take care it's more complicated than it looks like. Packing the gears we did the classic "guide climb together" mistake: to much confidence. We arrived at the bottom with 2 sets of cams but no number 3 "it's to heavy the n°3", (even if the difficult pitch is the 1st one :-). We had some pitons but no hammer "it gone be ok, hammering with an Petzl ergo ice axe..." Wrong!

Anyway here is the beta, have fun! (if somebody want to put bolts it could be even more fun...) 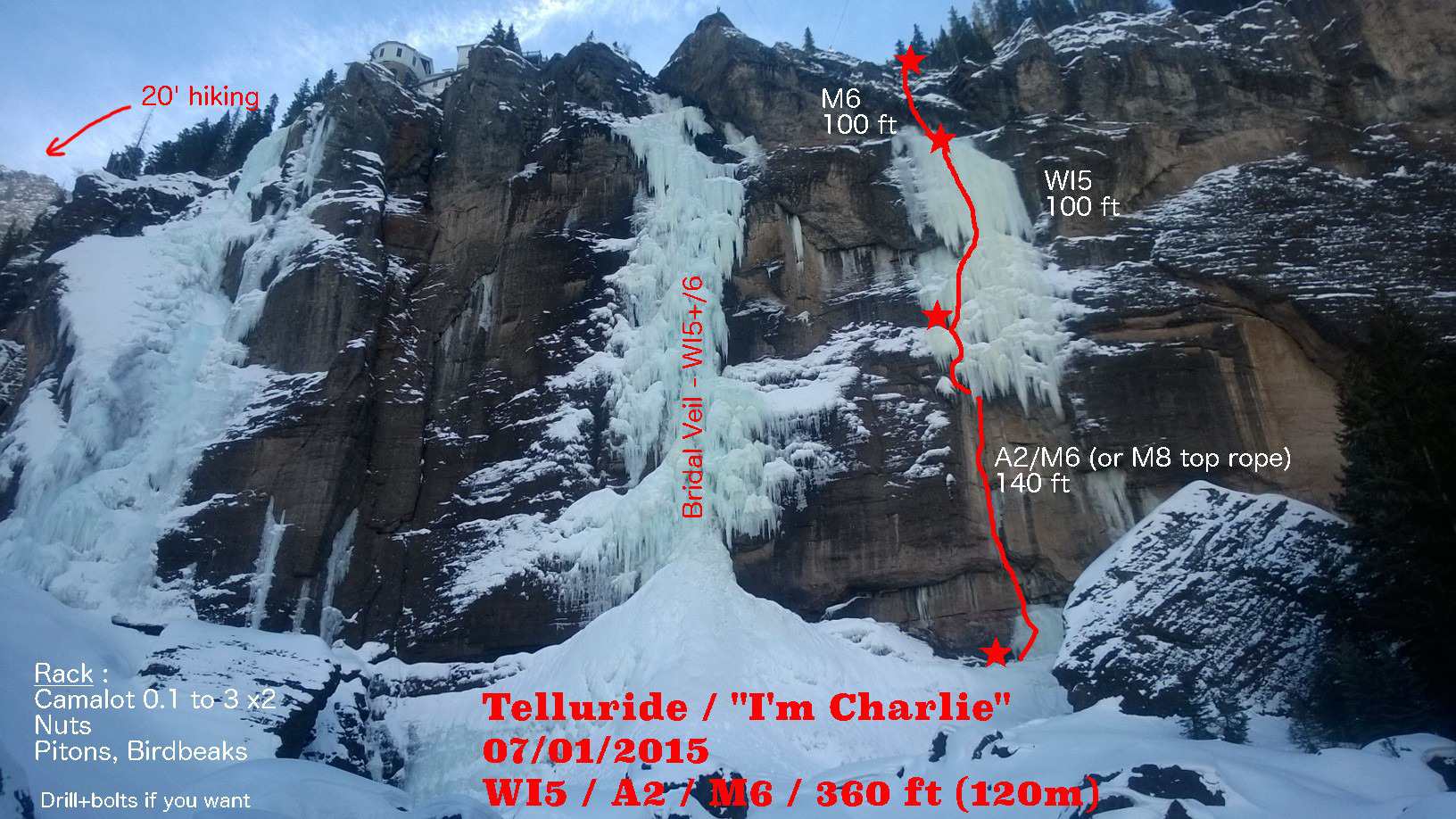 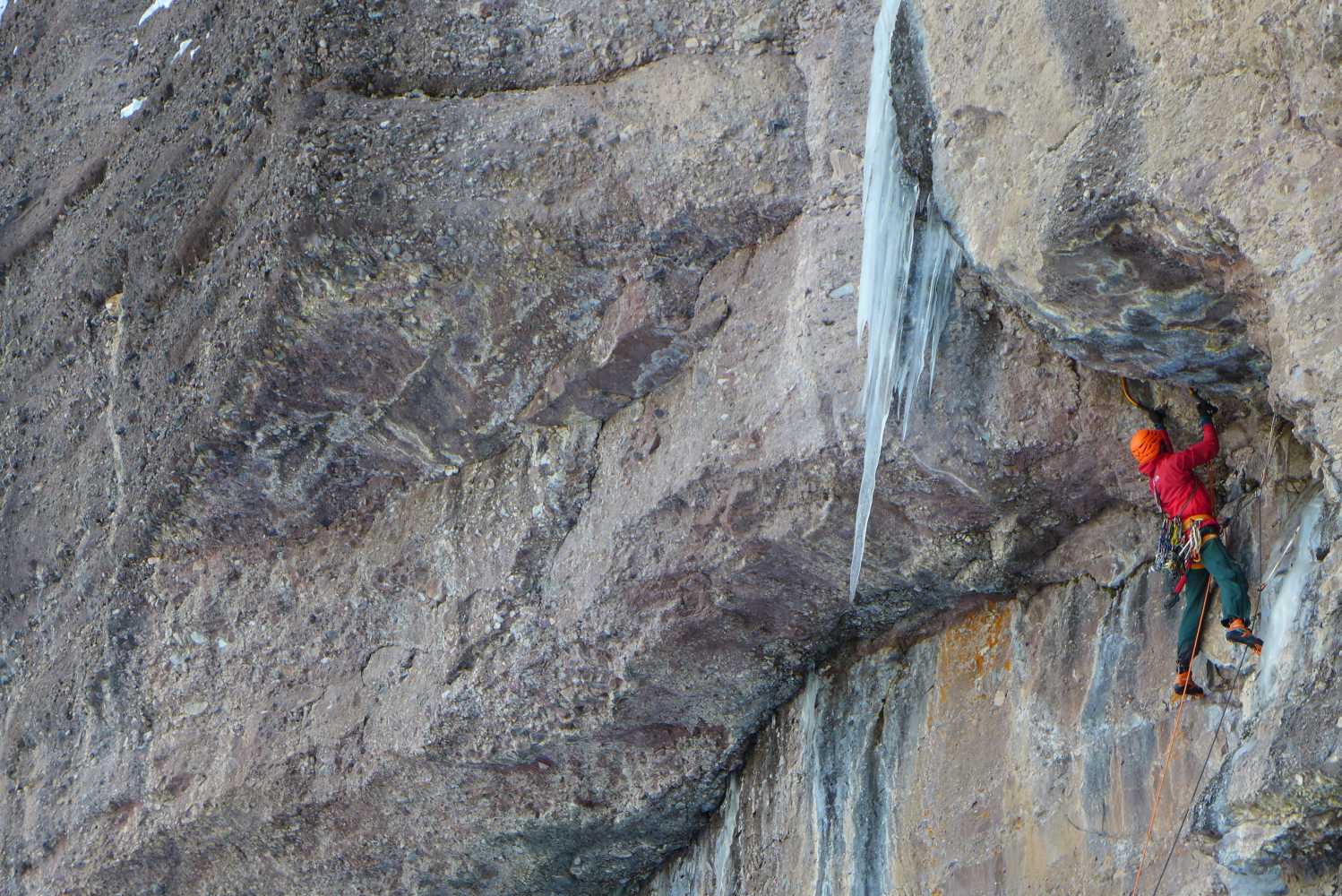 Maël on the 2nd part of the 1st pitch: 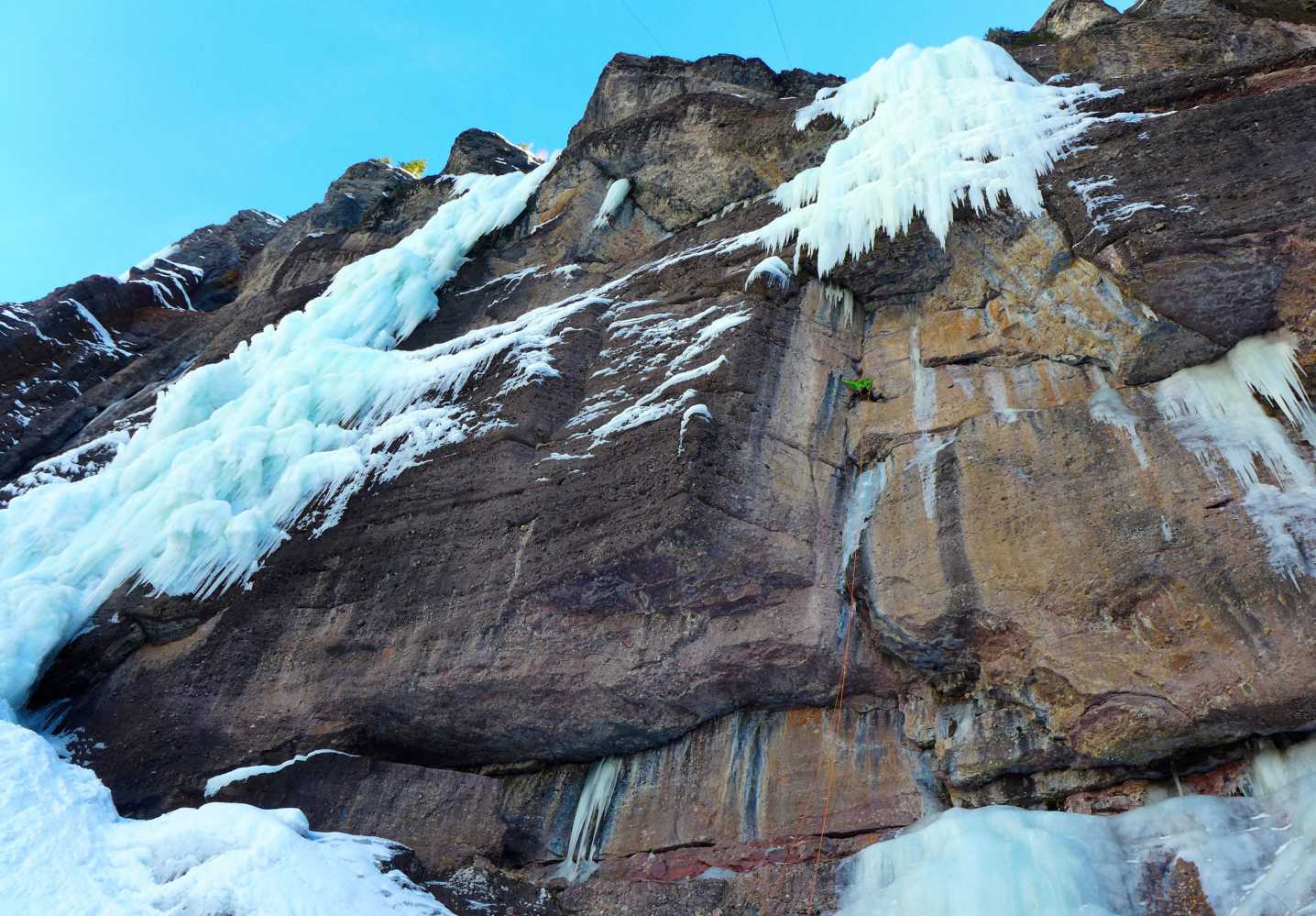 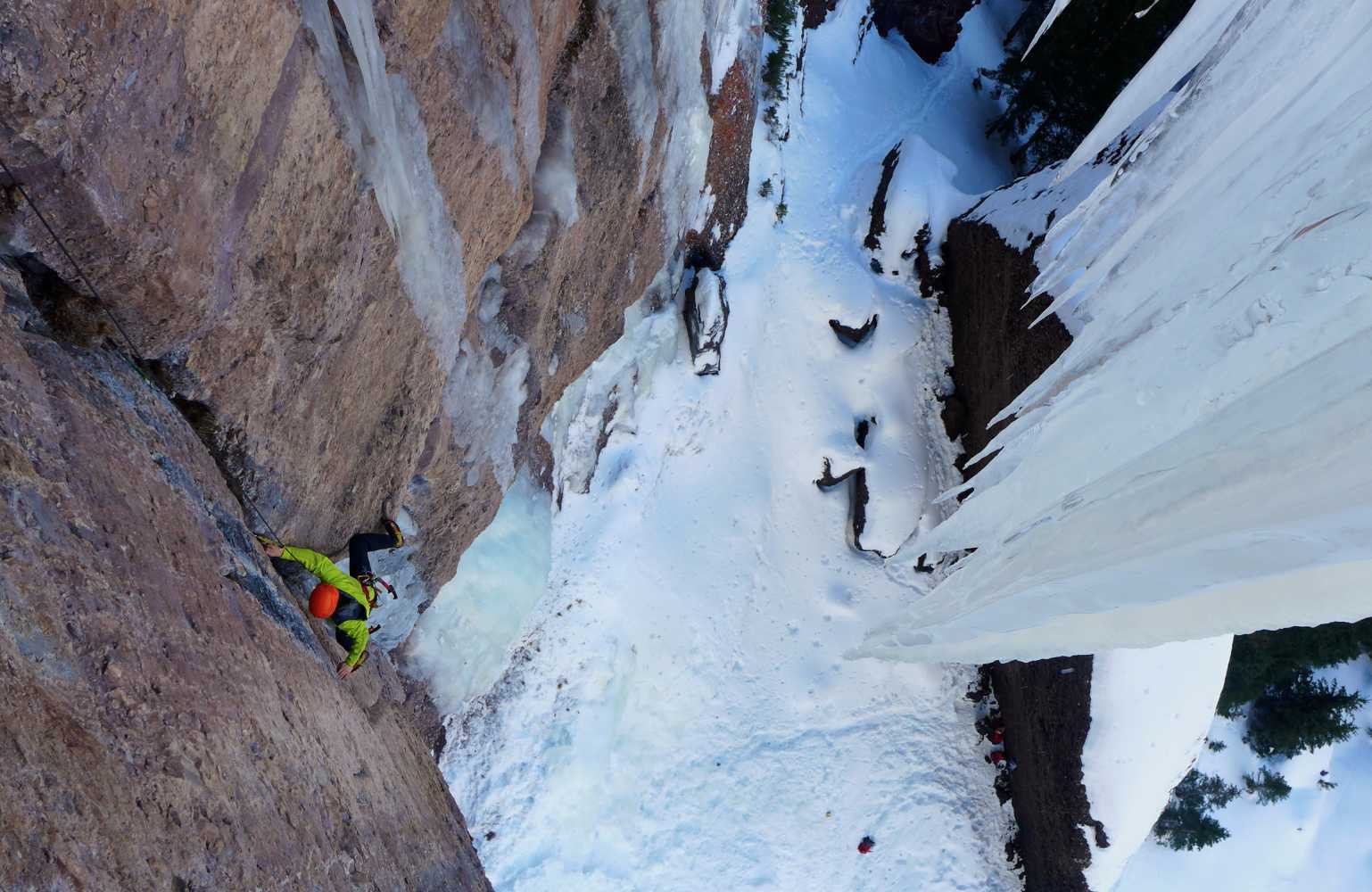 The great thing about Ouray is that you can get jacuzzi after climbing... 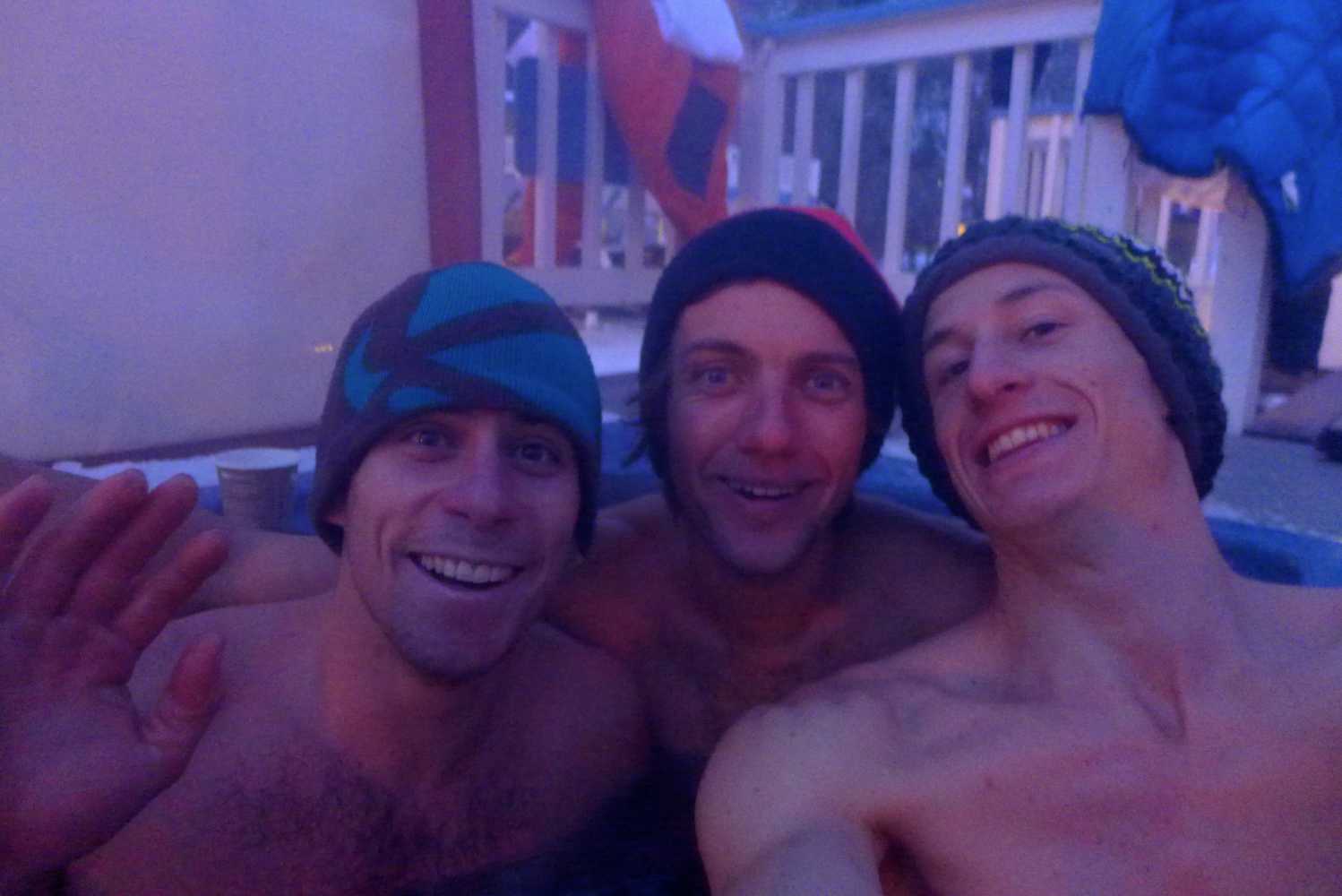 The competition time arrived, this year Vince Anderson did something new, the metallic crack holds. Interesting, but not easy to play with! 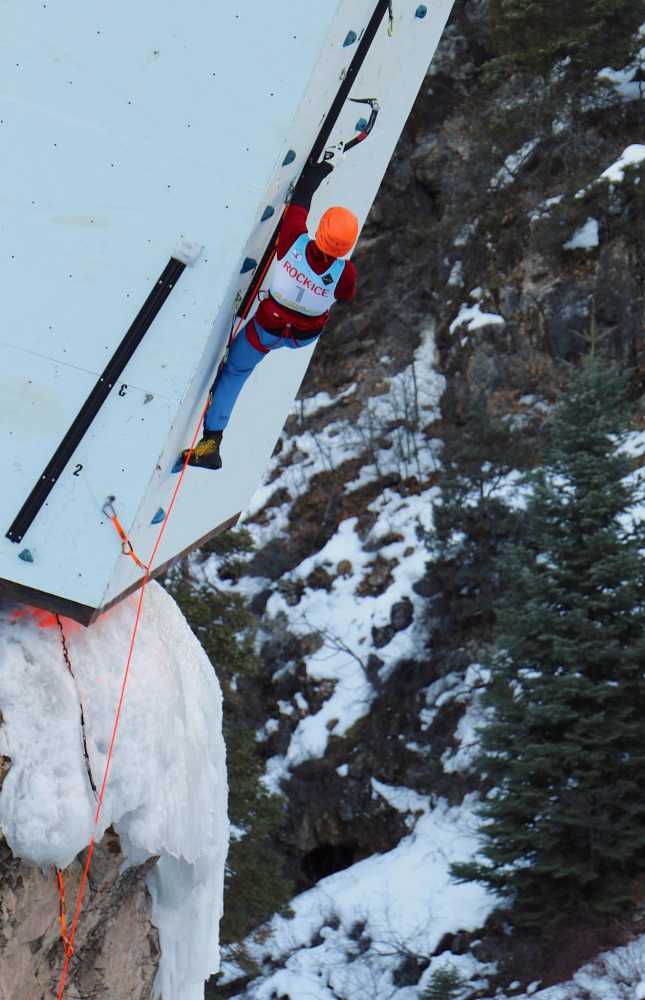 The movie of Maël and I climbing during the speed. Juste to explain: during the roules meeting they told us that we could get a time bonus if we climb in underwear... But it was a joke!

After the comp we staid around Ouray 2 more days and climbed the Talisman and a new variation, on the right. 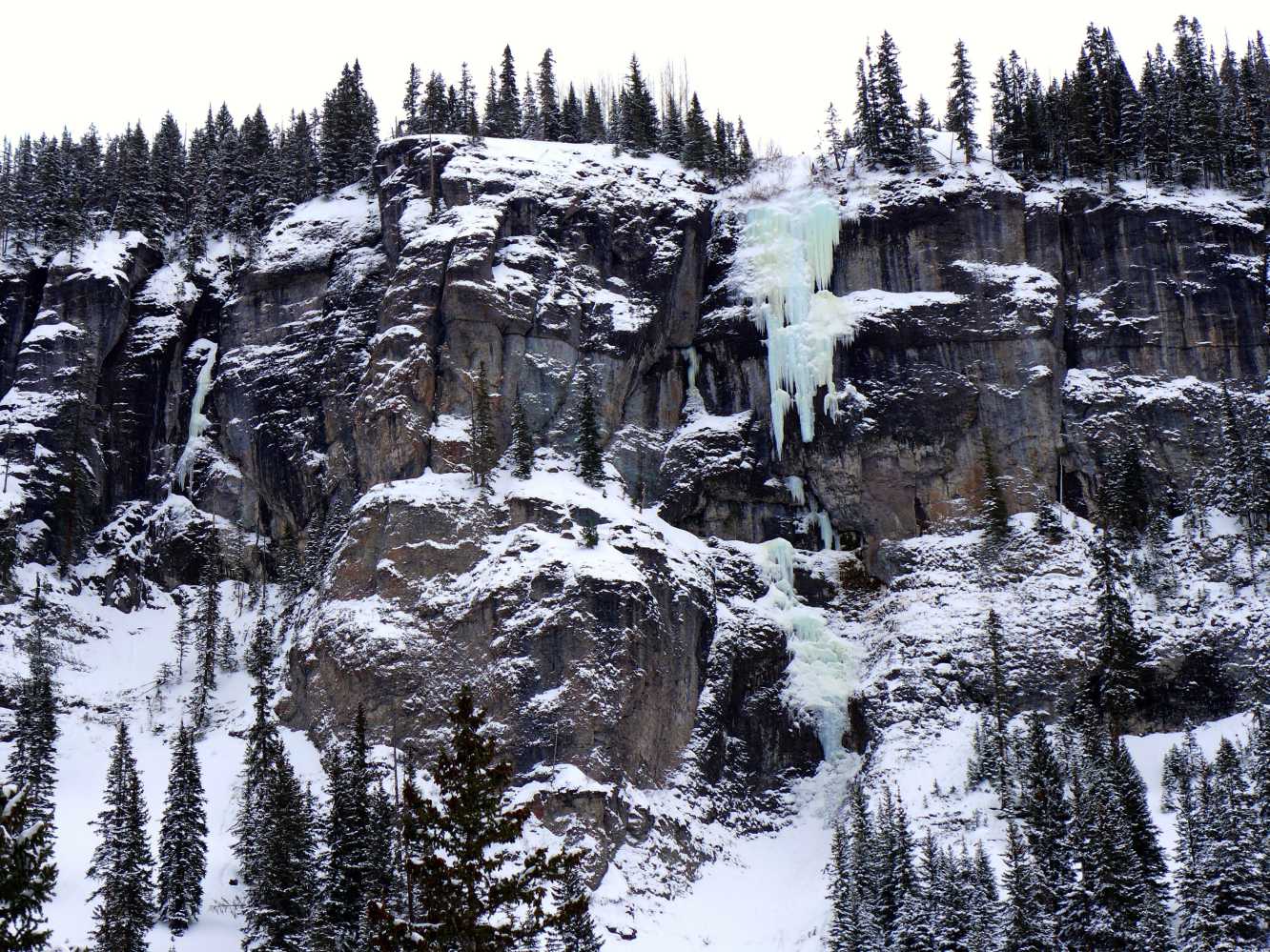 Mémé on the right variation: 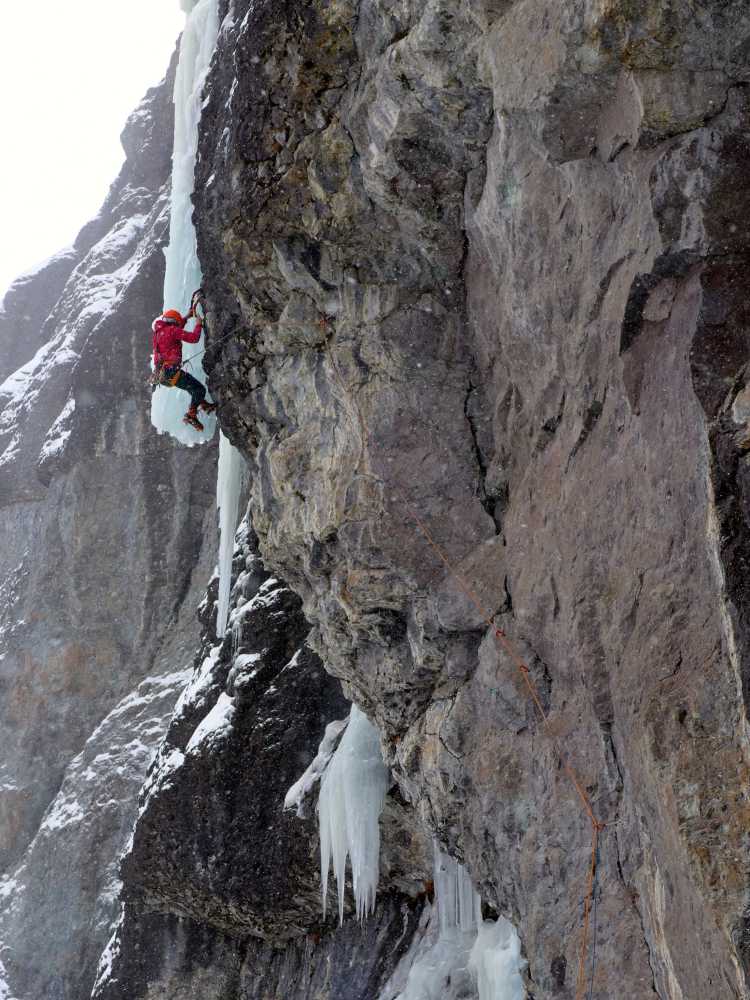 Thanks Asolo for providing the shoes and paying the plane ticket! 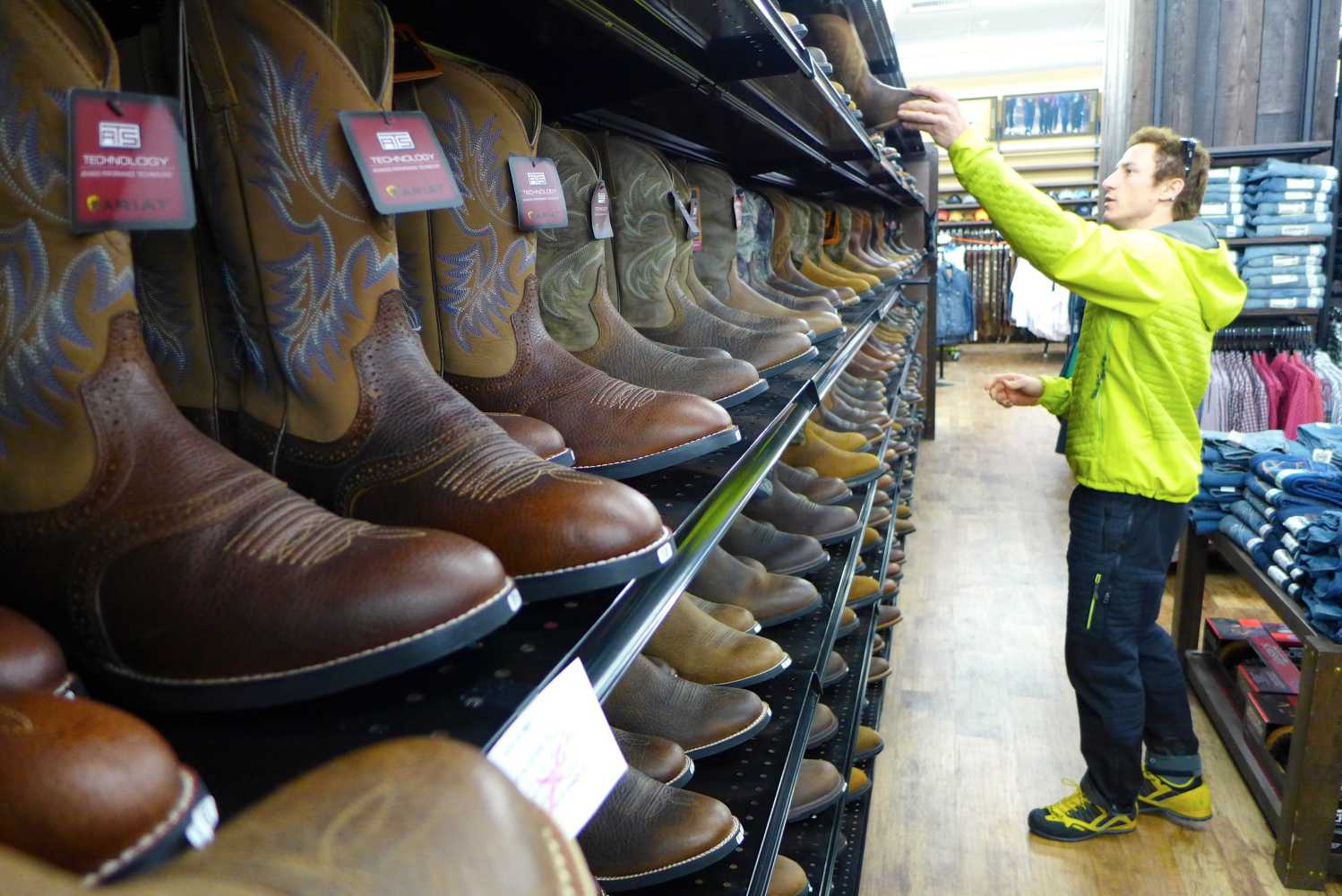